Back from Ikaria for the second time. We wish we could stay there longer (every time we return to Athens that thought is the first on our minds) but we did get our fair share of fresh air, trekking and great pics. We also got an unexpected thunderstorm extravaganza while camping at Erifi that served mostly as a rare and fine spectacle for us to remember rather than photograph (since the couple of shots we did bother to take looked more like daylight!).

There was no river diving this time but the ‘kalomoires’ (fairies) of Agelolivada decided to keep a piece of one of our tripods. Last time it was a filter and a remote shutter release. They’re probably building their photo arsenal so they can start making their own impressions of the scenic beauty around them.

Giannis Kefalos proved himself to be a trusty scout and a great companion once again. This time he led us to the old anti-pirate settlement of Vruhoi, a 45 minute walk up the mountain from Vardarades that gave us a first-hand clue of why centenarians abound in Ikaria and some of the best captures of this trip. So we have to repeat: Thanks Johnny!

We ‘re already planing the next trip and looking forward to it. The Trip #2 clip is due soon but while you ‘re waiting why not remember the first one? 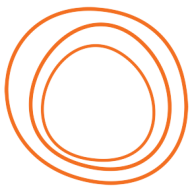